I had my sights on writing about the Kettle Arcade tonight.  I wanted fresh information.  I knew that meant a trip to DPL.  DPL means the fifth floor of the main library, downtown.  The fifth floor houses the Western History Collection and has been my home on and off for ten years.

When I got off the elevators I was greeted by Dana Echohawk’s photo show, “Looking West from the San Luis   Valley”.  Dana was studying for her master’s degree when I was  attending UCD.  The show was a nice surprise and it gives me a chance to preach about “the Valley”.  The San Luis Valley is home to San Luis, Colorado’s oldest settlement.  The Valley is also the origin of a mutant gene called BRCA.  This gene increases the risk of cancer.  Because my wife’s family is from this area it is of personal concern to me.  I like to pass on the information to those from the Valley in the form of a book.  “The Indian Princess & the Wandering Gene” by Jeff Wheelwright.  He explains the origins of the battle fought by Angelina Jolie.  If you or yours are from the Valley take note!  Thank you for letting me use this space to pass on my personal message. 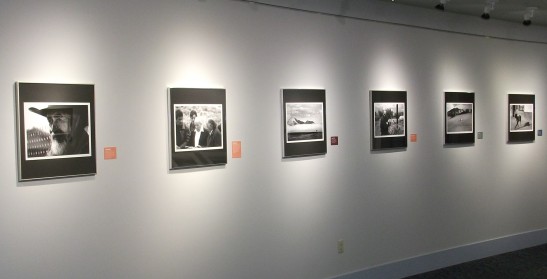 My destination in the DPL was the card catalog that was started by the WPA (Works Progress Administration).  Unusual for a library, it is a card catalog organized by subject, compiled by dedicated workers.  Our catalog holds numerous references to historical subjects about Denver.  It is the go-to place to find the newspaper articles describing events in early Denver.  If you wonder why we have such rich stories of Denver’s history it is because this card catalog has sent many a historian to the newspaper articles of Denver’s past.

I didn’t find any articles from the card catalog about the Kettle Arcade.  What I did find is that the subject of Larimer Street is a bit overwhelming.  The good news is that we are only concentrating on Larimer Street from Cheery Creek to 15th (F Street).  We could add the block of Larimer between 15th (F Street) and 16th (G Street).  This is the block where Writer’s Square is located and officially on the tour, but it is all new from the 1980’s.  The corner of 16th and Larimer is also of interest to us because this where the Tabor Block was located.  The Tabor Block is a “non-site”, being a target of DURA’s evil in the 1960’s.

So what did I discover, other than the subject being pretty big?  Lots of good stuff.  But there is a catch.  The card catalog only gives you clues to your search.  It lists the newspaper, the date, the page and column.  You have to find the micro-fiche, thread it on one of the machines and then adjust your eyeballs for minute or fuzzy newsprint.  But the Larimer Street search got exciting.  I saw plenty to peak my interest: Lithographs in the Rocky Mountain News of Larimer, how the store fronts were numbered, the decision to put sidewalks on Larimer Street, newspaper articles complaining the nails were sticking up twenty years after the sidewalks were nailed down, gambling joints, the first real estate deal, Lincoln Hall closed down for being disorderly, Murphy’s saloon, the shacks on Larimer, the proposal to change the name to “Main Street”, a poem about Larimer Street, a song about Larimer Street, the landmark designation process, and it seemed like hundreds of other subjects.  Folks we may never leave the 1400 block of Larimer Street!

We will start with one point about the Kettle Building.  What does the anchor represent?  One source says an anchor represents “steadfastness”, another says it means a “fresh start, or hope”.  Chris Musselman mentioned “hope” in prior research, that has stuck with me. 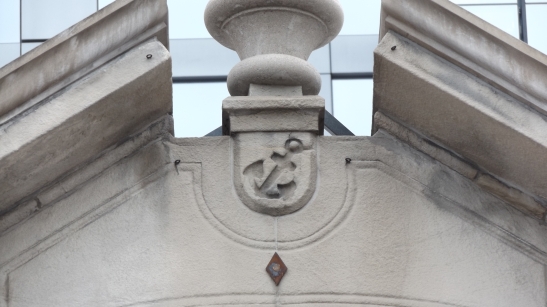 I will return to the Kettle Arcade next week.  In the mean time I want to share some want adds from the Denver Tribune, Sunday, April 18, 1880.  One is from Larimer Street, one from 15th Street and one from Holladay Street (now Market). 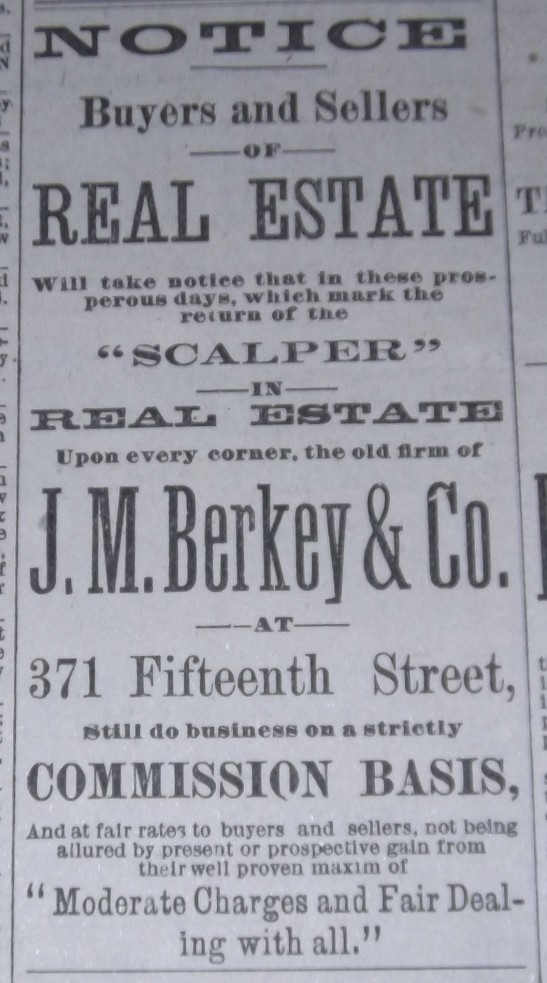 Gee, a Denver realtor claiming “these are prosperous days”!!!!

Denver’s history is the history of BOOM & BUST.

The buggy ad states: “satisfactory business paper discounted”, this is part of the  commission system I wrote about last week.  You would sell the “paper”, on the promise of making money, on someone’s product.  The “paper” was then sold for the expected profit on the goods, minus a discount.  This paper was passed around between commission agents like cash, eventually it was cashed in when the products were sold and there was cash on hand.

Today we had a docent get-together to say “THANKS” to Shannon Schaefer for all she has done for the Historic Denver tour program.  Then we got to met Alison Salutz, our new outreach and tour coordinator.  We look forward to working with you, Alison.  I think I speak for all the docents, we feel we are in capable hands!

As usual, any additions, comments or corrections are welcomed.  I realized today, after working an early morning Arts Festival Event, we are all serial volunteers.  Thanks to everyone that dedicates their time.  It pays dividends in friendship.